Back to all posts

History and Culture  |  1 year ago 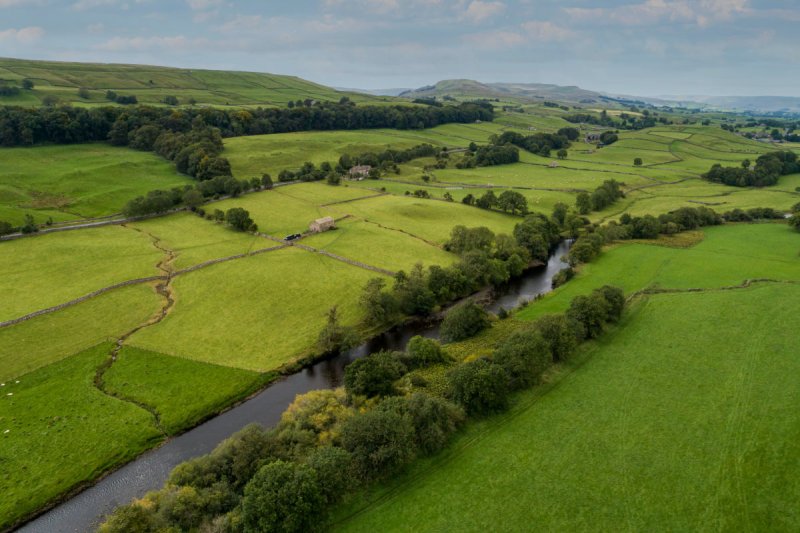 If you’re planning to join us on the Coast to Coast, Herriot’s Way, or Lakes and Dales hiking trip, you’ll have noticed we visit the town of Hawes in the heart of Wensleydale.

The term “dale” in England refers to a broad, open valley. The North of England was heavily influenced by the Norse in the later part of the 8th century and early 9th century. It’s thought that the term could have derived from the Old Norse word “dalr”, meaning valley.

In the Yorkshire Dales, the dales are named after the rivers that flow through them. The River Swale in Swaledale, the River Nidd in Nidderdale, the River Wharfe in Wharfedale, the River Cover in Coverdale – you get the picture. But there’s no River Wensley that runs through Wensleydale, it’s the River Ure. So how did this dale get its name?

Examining a map, you will find a tiny village called Wensley about a mile south-west of Leyburn at the easternmost end of the valley. It hardly looks important enough to have named the whole valley, but history tells a different story.

The village of Wensley stands at a key crossing point on the River Ure.  To the east is the flatter ground of the Vale of York, to the west the ever-steeper valley sides of the dale. Wensley was granted a Royal Charter in 1202 by King John which allowed it to hold a market on Thursdays. It was the only market town in the whole of Wensleydale for more than a century. It has a grand imposing church, Wensley Church, which also dates from this time and the stone bridge over the river was built in the 15th Century.

However, the village was almost wiped out and abandoned in 1563 when it was struck by Plague. A few people escaped and fled to Leyburn. The village was evidentially resettled, and though an attractive little hamlet today, it was never again of any importance.

Now, we turn our attention to the River Ure. The spelling of place names changes a lot over the years. A map surveyor would ask the local people the name of their village, or the river, and the resulting name printed on the map would depend on what the surveyor thought the person said! Looking back on old maps, Ure is seen as Youre or Yore. Many ancient documents refer to Yoredale and the bridge at Bainbridge is known as Yore Bridge to this day. So maybe Ure was a mistake that stuck.

Yoredale is having a bit of a revival at the moment, with the creation of the Yoredale Way long-distance hike that follows the River Ure from its source in the Pennines down to the Vale of York.

But for cheese-lovers everywhere, this dale will be forever Wensleydale, home of Wensleydale Creamery.

Note: The Bowen and Kitchen map of 1760 has Wensley spelled three different ways:

Why not take a look at The Bowen and Kitchen map of 1760 map in detail.

Distant Journeys Guide for our Alps, England, and Scotland trips


Back to all posts